Have you been the lucky recipient of a gift or donation from a generous family member of friend? Perhaps they struck it lucky on the Lotto and decided to share their winnings with you!

Or maybe you’re the giving type and have donated cash, shares or even property to someone you felt deserved a little boost.

Irrespective of whether you’re the giver or receiver of a donation or gift, it’s good to understand donations from a tax perspective, and how to declare these to SARS.

Ready to find out?

What to Declare to SARS for Donations Tax

If You’re the Donee (The Recipient of the Donation):

If you’ve received a donation or gift then it’s 100% tax-free in your hands. There’s no tax consequence for you as a beneficiary!

You must, however, remember to declare it in your Tax Return (ITR12) as an “Amount Considered Non-Taxable.” This is to ensure that you’re declaring all your income to SARS, including the non-taxable portion.

There’s one exception for the donee though. If the donor fails to pay the Donations Tax on time, the donor and donee become equally responsible for the tax. You certainly don’t want to be paying taxes for a gift, so if you’re ever on the receiving end, be sure to highlight the potential tax consequences to the donor.

If You’re the Donor (The Giver of the Donation):

If you’ve been the generous giver, you’re liable for Donations Tax, which is levied at a flat rate of 20% on the value of the donation or gift. It may sound harsh, but there’s some good news. Donation Tax only kicks in once you’ve donated more than R100,000 in a single tax year. In other words, you may make multiple donations in a tax year, and as long as the total value of the donations doesn’t exceed R100,000, there’ll be zero Donations Tax payable.

Donations Tax is only levied on the value of the donation (or sum of all donations) which exceeds the R100,000 threshold.

Let’s look at an example.

Peter has had a great year. His business is doing well and he would like to share some of his good fortunes with his friends and family. (Lucky them!)

First, he gives his friend a cash cheque for R20,000. Then he decides to give his boat that’s just gathering dust at home to his son. It’s valued at R50,000. Finally, he sends his niece, who’s busy planning her wedding, a gift of R40,000 to help with the expenses.

What will Peter have to pay in Donations Tax? We first need to calculate the total value of his donations for the tax year.

Spouses may make donations to one another, for any amount, and these will be exempt from Donations Tax. Similarly, donations to approved Public Benefit Organisation are also exempt. Therefore, these types of donations don’t count towards the donor’s R100,000 limit for the year.

Donations Tax doesn’t apply to non-residents. If your aunt living in the UK donates some of her hard-earned pounds to you (i.e. from funds she has earned while working overseas) she won’t be liable for any Donations Tax in South Africa.

After making a donation, the donor needs to fill in an IT144 form and send it to SARS. It’s important to note that Donations Tax must be paid by the end of the month following the month during which the donation was made. Payment can be made by cheque at your nearest SARS branch or via eFiling.

(Document was written by Taxtim) 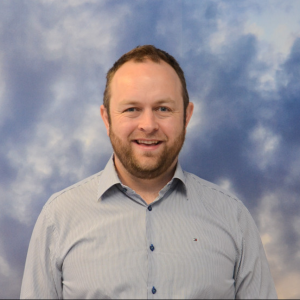 Based in Cape Town, Simon is on a mission to help small businesses move from base camp to success. With his financial skills and the amazing cloud based software out there, running a business becomes so much easier.

Based in Cape Town, Simon is on a mission to help small businesses move from base camp to success. With his financial skills and the amazing cloud based software out there, running a business becomes so much easier.
Facebook
Twitter
LinkedIn

You can find out more about which cookies we are using or switch them off in settings.

Strictly Necessary Cookie should be enabled at all times so that we can save your preferences for cookie settings.

If you disable this cookie, we will not be able to save your preferences. This means that every time you visit this website you will need to enable or disable cookies again.

Please enable Strictly Necessary Cookies first so that we can save your preferences!